Blickle swivel castors for every application

The right swivel castor for every application

Swivel castors make it easy to manoeuvre machines, equipment and trolleys. These castors can be pivoted around their vertical axis. They are the counterpart to fixed castors, which can only move in a linear direction. A swivel castor consists of a swivel bracket and a wheel. The bracket is available in a variety of sizes and materials, from synthetic materials through to pressed steel and stainless steel. With over 60 swivel bracket series and over 80 standard wheel series, Blickle has the perfect swivel castor for every application. 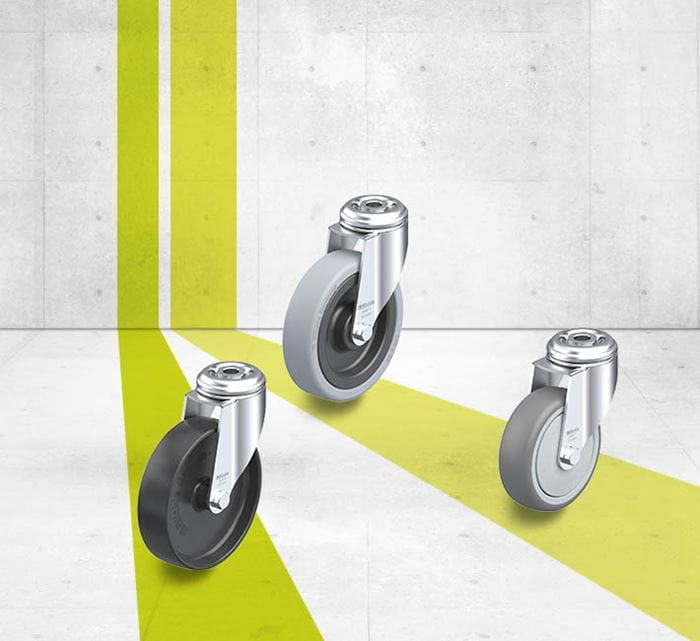 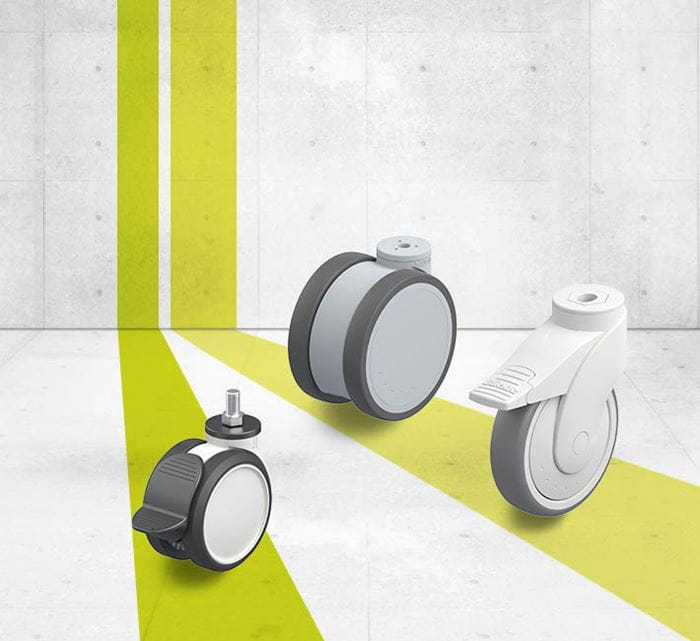 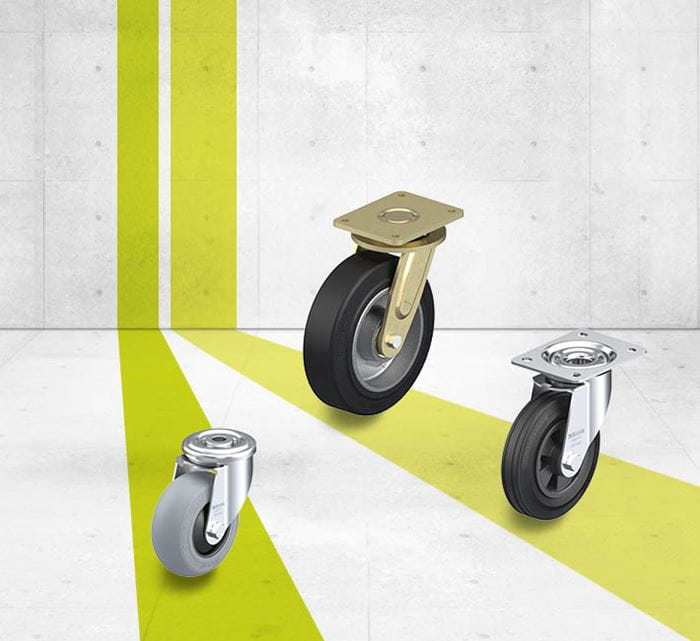 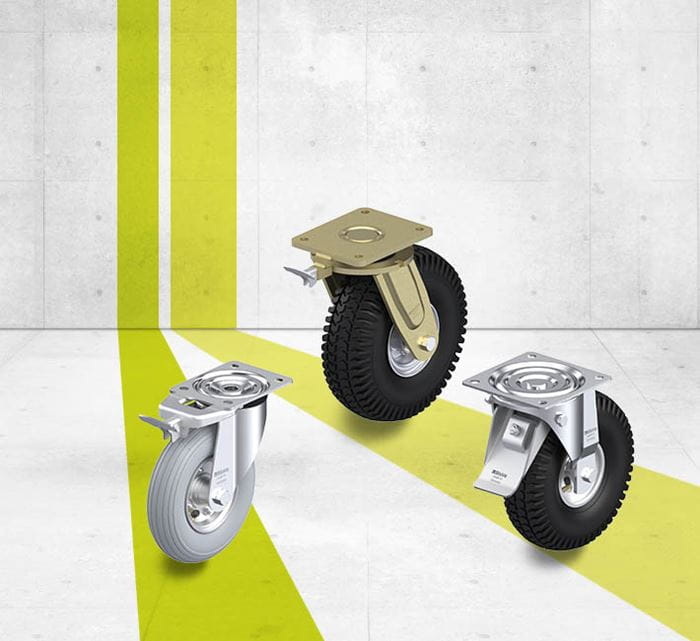 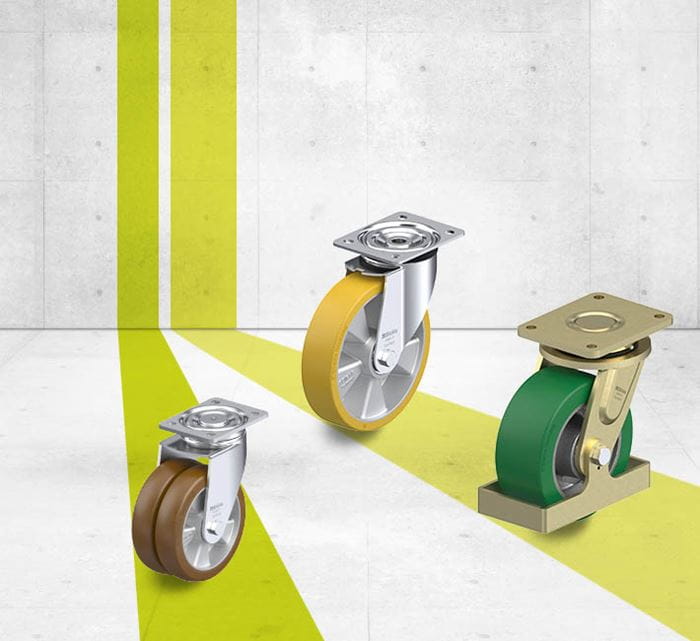 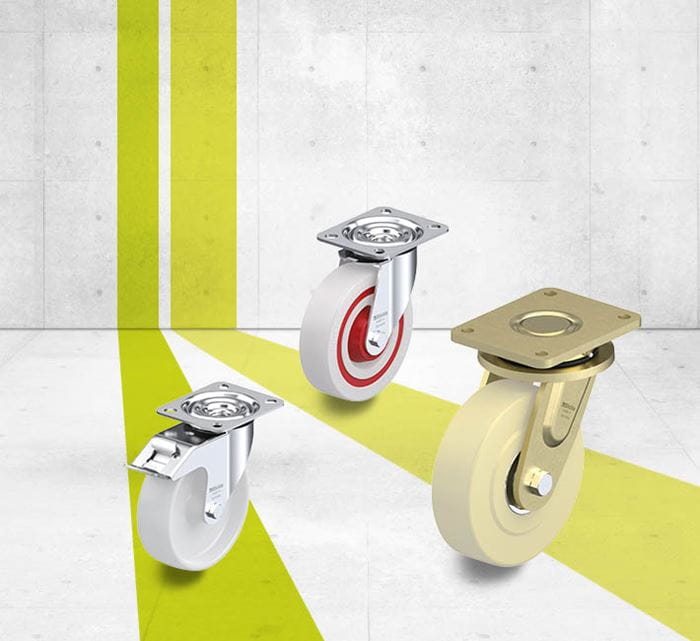 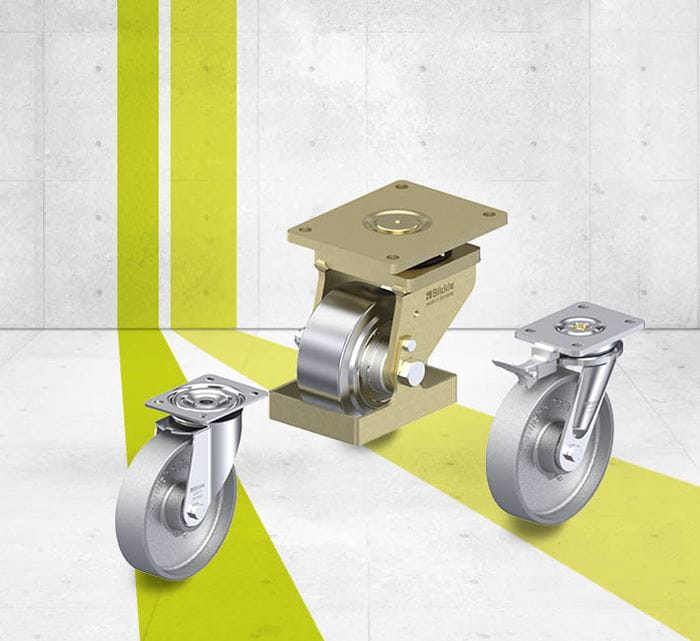 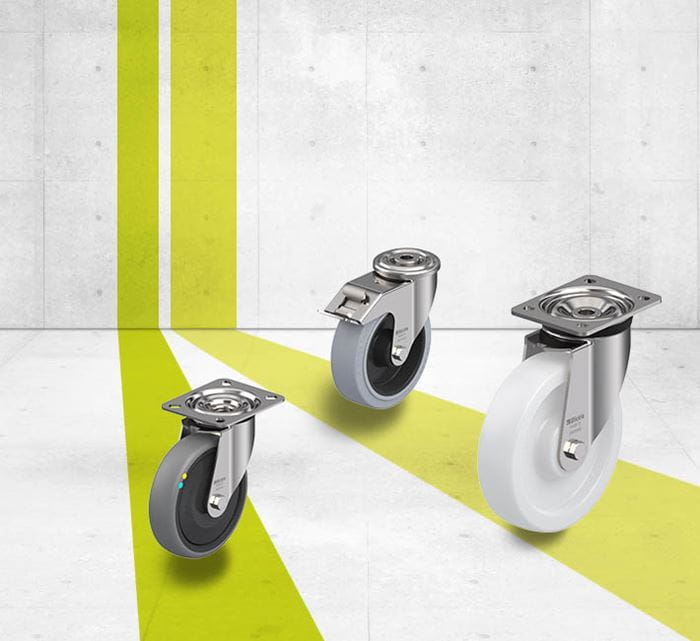 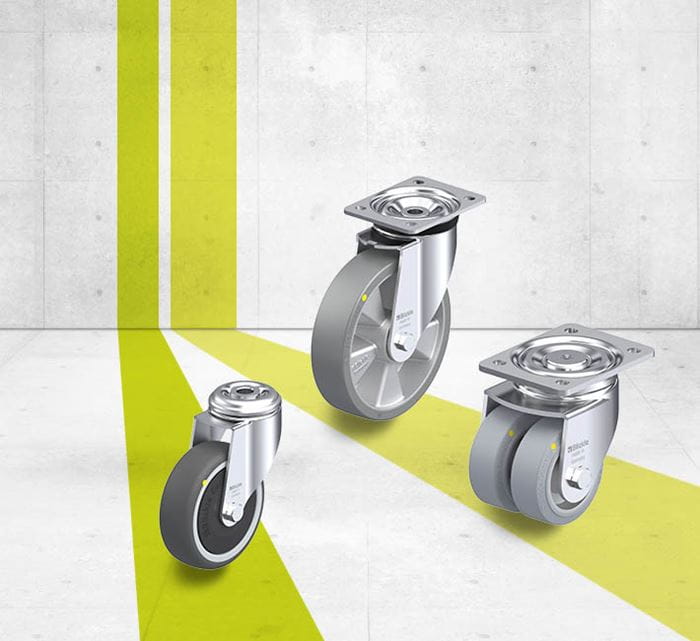 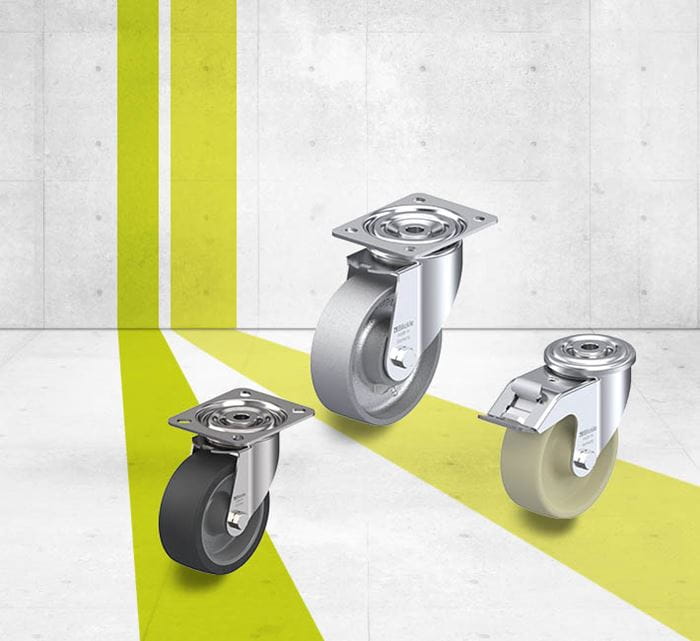 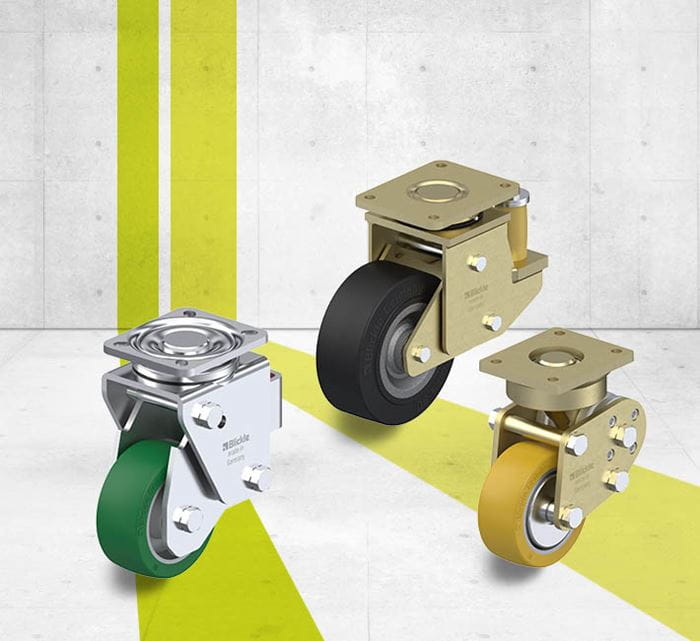 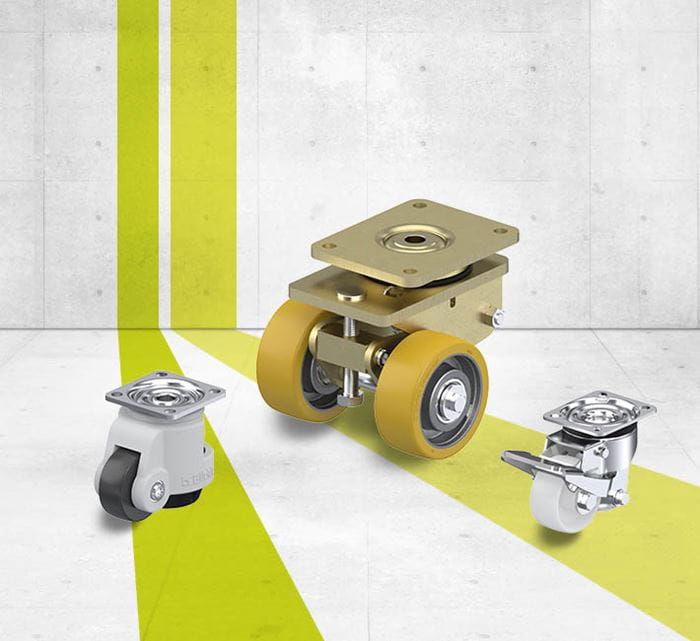 Are you looking for a specific product? Use our product finder! You can use a variety of filters to find the swivel castor you need.

Fixing a swivel castor to a trolley makes it easy to manoeuvre, even on the spot. However, this level of manoeuvrability is not always the best choice for applications which involve travelling straight for long distances as it reduces precision and makes it more difficult for users to move the trolley in a straight line. For this reason, most trolleys are also fitted with fixed castors. A directional lock can be fitted to a swivel bracket in order to combine the features of a swivel and a fixed castor. This will stop the rotation of the swivel head and convert the swivel castor into a fixed castor. Releasing the directional lock makes it possible for the swivel castor to turn again. Other versions, such as the “stop-top”, “ideal-stop” or “stop-fix” braking systems, lock both the wheel and the swivel head. This can also be done using the “central-stop” brake system. Another advantage of this system is that it can lock multiple castors at the same time. This makes it impossible to move the trolley.

Swivel castors, made in Germany

Blickle swivel castors provide outstanding quality. From the tooling, mechanical engineering and steel processing stages through to assembly. We manufacture the swivel bracket ourselves from scratch. The same is true for the wheels which we use in the swivel bracket. We use cutting-edge automated testing equipment. Plus the first and last article are always inspected in addition to self-checks by the production workers to guarantee a high level of quality.

Do you have any unanswered questions? Your personal contact partner will be happy to help you select the right product!